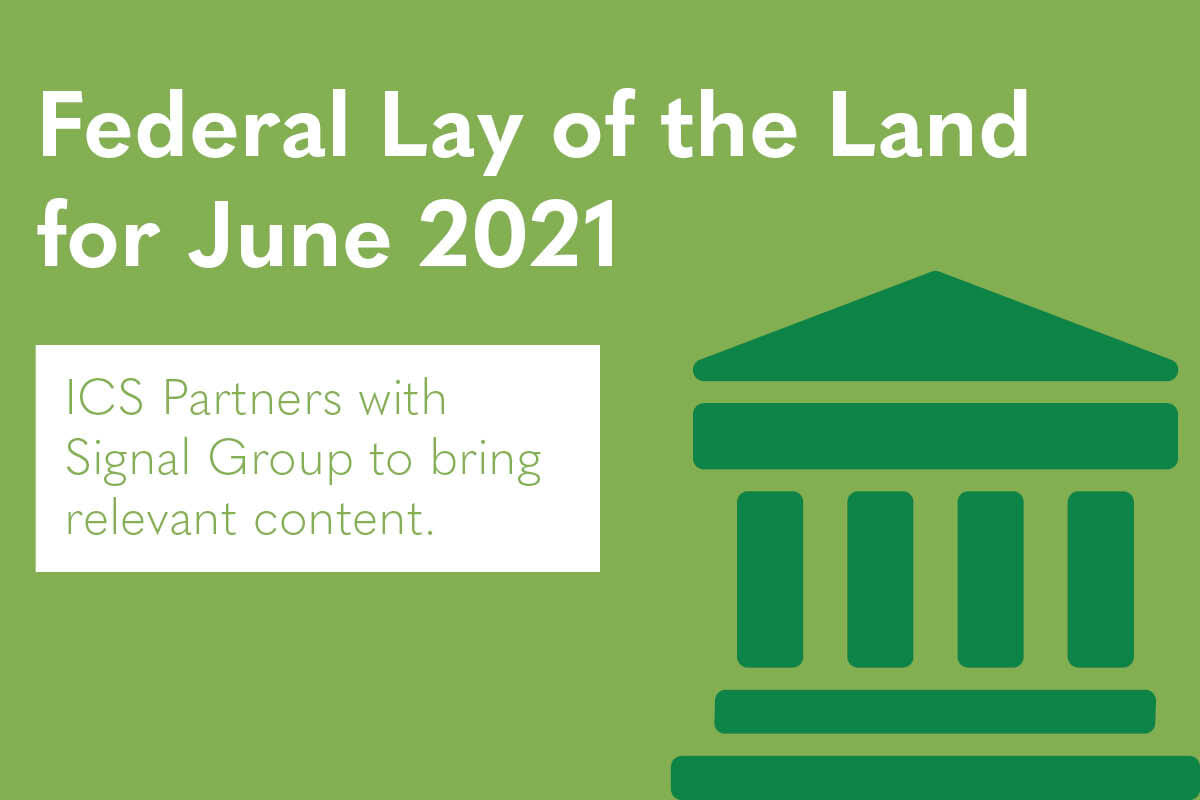 In collaboration with Signal Group, here’s the Federal Lay of the Land for June 2021. For more information, please reach out to Dave Bergeron at dave.bergeron@ics-builds.com.

The Biden Administration and Congress are engaged in slow-moving talks over an infrastructure package. President Biden has aimed to find a bipartisan pathway to passing elements of his Build Back Better infrastructure framework, particularly his American Jobs Plan, which proposes spending $2.25 trillion over 8 years in areas like transportation, clean energy, broadband, and public buildings. The AJP proposes key school infrastructure investments including:

Some Republicans have been willing to come to the negotiating table, most notably a group of 6 GOP Senators led by Sen. Shelley Moore Capito (R-WV), the top Republican on the Senate Environment and Public Works Committee. The group released a counteroffer to Biden’s proposal on May 27 – a $900+ billion package that notably does not propose school infrastructure funding. Discussions between Capito and Biden turned sour on June 8 and both sides are now back to square one. Negotiations will pick up soon, but the fragility of these talks is a testament to the major hurdles that must be overcome to achieve bipartisan consensus on an infrastructure package.