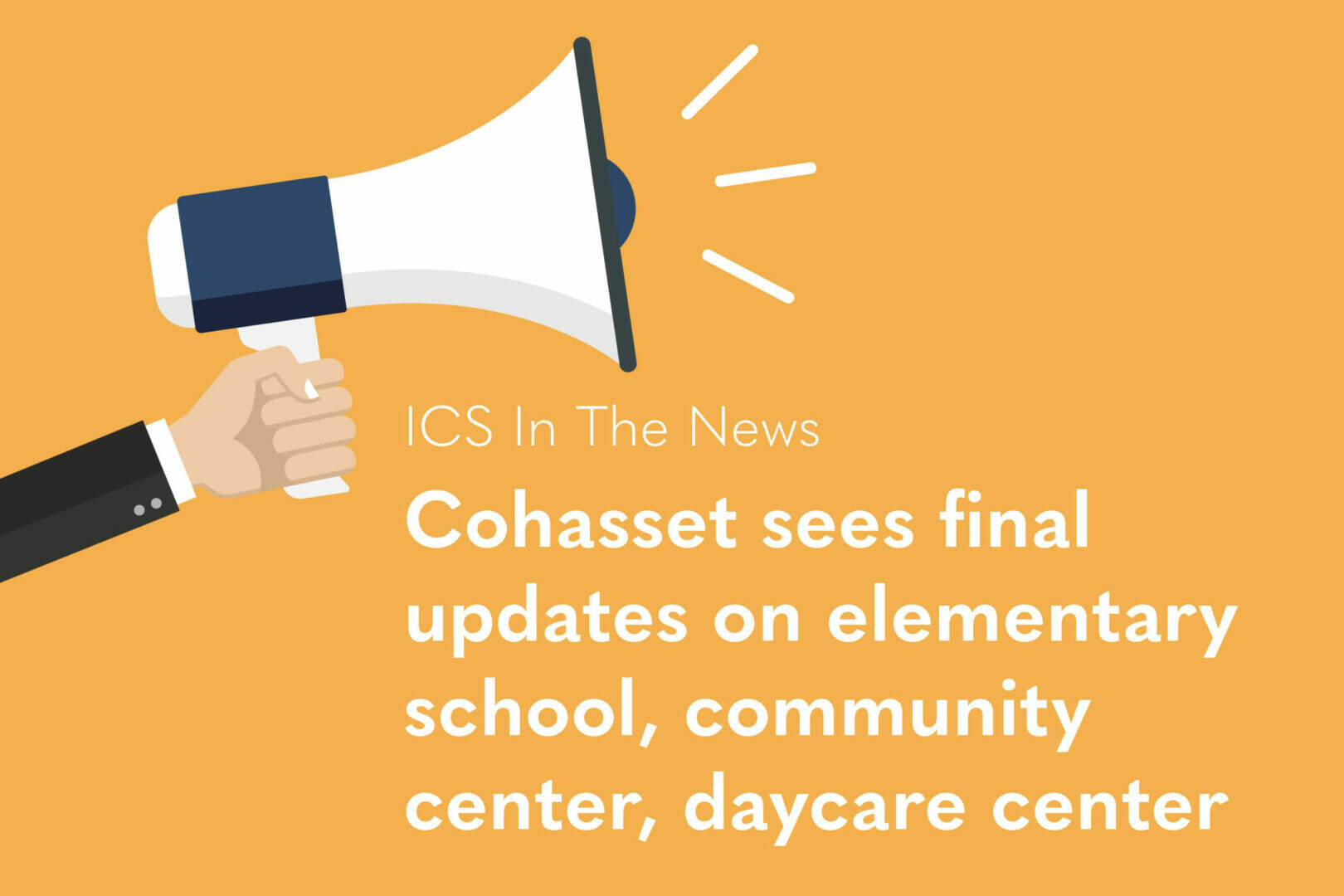 This article originally appeared in the Grand Rapids Herald-Review.

Cohasset Elementary School is seeing its final phase of construction come to an end, with the Community Center and Daycare Center seeing opening dates in the near future too. Jason Johnson, project superintendent with ICS, stated the Community Center’s final completion date is not as tight of a deadline, but it looks as if the daycare could be in by November.

The cost for the City of Cohasset was $985,000 for the elementary gym addition and $3.6 million for the daycare and community center. Johnson said remaining work that needs to be completed on the school side, such as special education classrooms and a teacher workroom/lounge area, would hopefully be able to turn over the weekend of MEA.

“It’s a vast opportunity in the learning department,” Johnson said. “It’s great this community can step up and be proactive for the future.” “We are very excited to be able to partner with the school district with these amazing projects that will cement the City of Cohasset as a vibrant and growing community,” Cohasset Mayor Greg Hagy said. “The daycare is needed for approximately 522 openings countywide, the senior center will provide activities, meetings, trainings, and get-togethers, in conjunction with 26.2 miles of world-class bike trail at Tioga, Industrial Park expansion and the new downtown development project.”

On the east side of the school, an old playground, house, and pole shed were torn down, and a new bus loop and parking lot were created. A parking lot for the community center and daycare center was added too. The playground was moved to the north end of the building, with the addition of the gymnasium, community center, and daycare center. “In the long run, it was more feasible to purchase new playground equipment, than install the old,” Johnson said. All new sidewalks were installed. Columbus Avenue was completed last year by the county. The 1922 gymnasium was torn down, coming down with that was the media center which was above. This turned into an outdoor green space.

A brand new teachers’ workroom was added which should be finished around MEA weekend. Johnson stated all that is left is ceiling tile, flooring, and cleanup. The old reception area, principal’s office, and the nurse’s office turned into a beautiful and spacious break-out area for the students. Lighting was updated throughout the whole existing building, and new floors were installed in the hallways, not the classrooms.

A new hydronic heating system was installed, versus the steam. New windows and sound enhancement systems were installed in the classrooms. They added some new additional offices. The old cafeteria, kitchen, and boiler room, is being turned into a special education sweet, with two very large classrooms, offices, and additional one-on-one classrooms.

“The learning areas really give the students opportunities to learn,” Johnson said. “It’s really exciting to come into a school that is nearly 100 years old, and create that for them.” New blue lockers were installed in the hallways, as prior there were just coat hooks.

The new addition added two flex classrooms to be used for art and science classes, with the capability for extra messes. The flex classrooms are divided by an accordion wall. A brand new media center was added too. A new main entrance was added to the building, with each child going through the secure entrance. A new administration area with six offices and a conference room was built, in addition to the nurse’s room with two separable beds, a shower, and a bathroom. A new gymnasium, music room, and cafeteria added ample space for the students and staff.

Six separate rooms were added, two specifically for infants, two for toddlers, and two for preschoolers, with a large padded motor room in the center. Currently, the daycare area is being used by the special education department. Four of the six daycare classrooms have restrooms. The daycare wouldn’t share the school playground but would have a separate fenced-in area for toys and outdoor play. A reception area, lounge area, and an extra office were added to the daycare space.

Johnson stated manufactured stone still needed to be placed on the electric fireplace. He highlighted one of the special requests were several outlets in the community center kitchen island, for the use of crockpots. Restrooms for the community center are in the vestibule/entry.