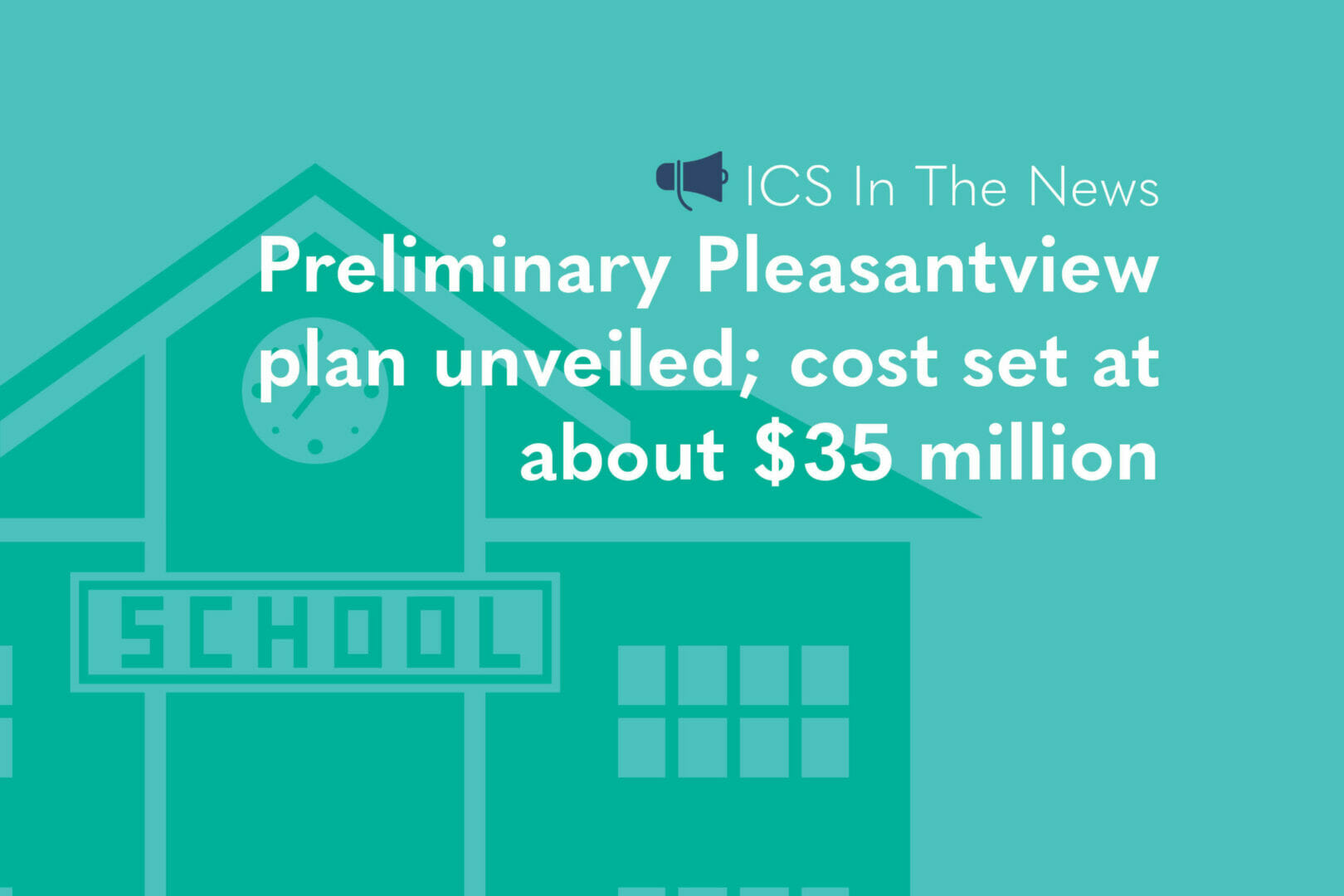 This article originally appeared in the SC Times.

Sauk Rapids-Rice school district has the first preliminary plan for a new Pleasantview Elementary School, which would cost about $35 million and serve almost 800 students.

District administrators invited community members to two ice cream socials Tuesday and Wednesday. They rolled out the initial design for a new school and facilities updates, as well as highlights from recent community listening sessions.

The results of the sessions show the community overwhelmingly wants to see a new Pleasantview built on the current site, 1009 Sixth Ave N, Sauk Rapids.

Aaron Sinclair, Sauk Rapids-Rice superintendent, worked with ICS Consulting to see what the possibilities are to make that happen.

They drafted a conceptual diagram for a two-story, 107,595-square-foot building with capacity for 797 students, about 25,000 square feet bigger than the current building.

The last update to Pleasantview was in 1992 when the district added portable classrooms to meet the demands of a growing student body. The portables were damaged by a fire this winter, leaving four classrooms unable.

The estimated cost for a new building ranges from $35.7 – $37.2 million, including construction, rerouting utilities and demolition of the current building.

Currently, there is no plan for a referendum in the fall.

While the design is not definite, Sinclair sees it as a checkpoint for progress based on the community’s reaction.

“We want to make sure that what we heard is actually what they were saying to us,” he said.

The district held 30 listening sessions to get feedback about the district’s facilities, and it provided three opportunities for stakeholders to see the results.

“The community has been driving this entire process,” said Sinclair.