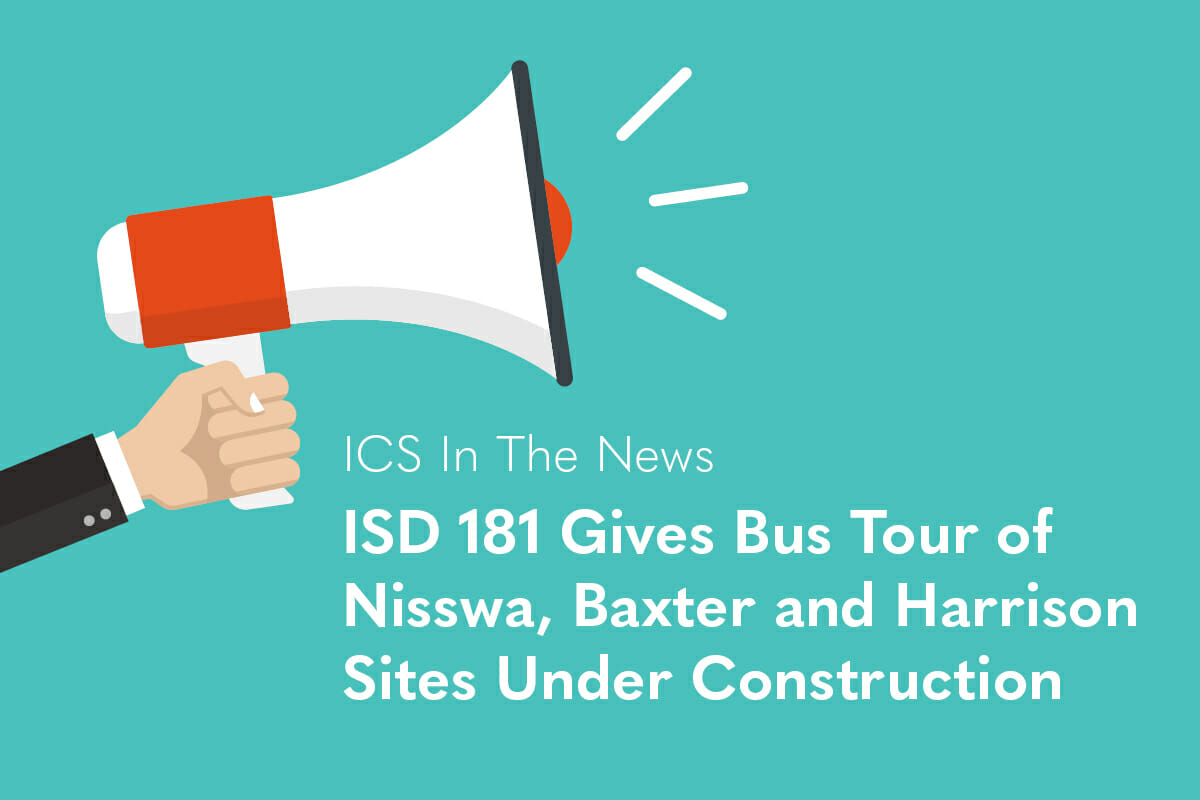 Three schools are three of the largest — and most expensive — projects in a district-wide revamp that includes 12 separate facilities and $205 million bond referendum funding.

Having acquired the funding and laid the groundwork, various construction projects across the Brainerd School District are going vertical — including renovations to Nisswa and Harrison elementary schools, as well as the construction of the new Baxter Elementary School.

In a three-stop tour to these facilities from roughly 3-5 p.m., Monday, Dec. 2, a group of district officials, consulting project managers and members of the public hopped on a bus and surveyed the construction sites of these facilities.

After passing a $205 million bond referendum in April 2018, the Brainerd School District is progressing through its four-year process that will see the deconstruction, reconstruction or renovation of 12 separate facilities across the district. Monday’s tour stops explored some of the most significant, and expensive, improvements to the district that’s been hampered by aging infrastructure, outmoded amenities and constricted space needs for years, Superintendent Laine Larson said during the referendum campaign.

To varying degrees, all three sites have seen their skeletal frameworks — everything from rebar to drywall to steel trusses — constructed and in place, while crews are working through wet conditions to install the guts, or amenities of the buildings, in the form of air ventilation ducts, insulation, electrical, water and sewage piping, among other features.

ICS project managers noted that the projects — while somewhat complicated by inclement weather in recent weeks — are on track for their respective completion dates.

Stopping at Harrison Elementary School first, tour participants were able to view the skeletal framework of various additions to the building first constructed in 1938 — which include, among other changes, a learning commons outside each grade level’s pod of classrooms, a new and bigger gymnasium, a media center and a bigger cafeteria, which will occupy the space of the current gym. The stage will stay where it is in the current gym to allow for the cafeteria to be used for plays and other performing arts events.

While the project clocks in as one of the most expensive initiatives in the district at roughly $19 million, construction bids came in low enough that all “add alternate” plans — or, additions tacked on in the event of low and affordable contracts — would be implemented. These alternates include upgrading the gym to a full-sized competition space; a fully adhered, stronger roof; new cafeteria windows; cabinets above the first- through fourth-grade lockers; acoustical treatments in the gym and cafeteria; and gym bleachers.

The steel, concrete and sheetrock framework of the new addition has been mostly installed. This, in turn, means a number of openings and realignments to the aging brick structure are being added, for the purpose of reconfiguring classrooms and office spaces on the building’s south face for better security, to widening archways for modern doors.

On the outside, 15th Street on the west side of the school will be designated for parent pick-up/drop-off and special education bus drop-off. The regular bus pick-up/drop-off area will be on Norwood Street near the new entrance. A 40-stall parking lot is set for the corner of Oak and 16th streets, with a new playground to be located to the north of the lot, as the school’s addition is designed to take up the current playground’s space.

The project is slated to be finished before the 2020-21 school year begins.

Upon reaching the site of the new Baxter Elementary School, tour participants were treated to an intimate view at a new facility in the early stages of construction. The surrounding area still retains the raw, newly excavated look of a groundbreaking, complete with towering mounds of transplanted earth and clear-cut groves intended for new facilities.

With the facility’s roof still to be constructed, crews have been depending on heavy tarping and scaffolding to shield the site from inclement weather. While this has been mostly affected, Site Superintendent Al Reichow noted a significant portion of the building’s floors are currently covered in 1-2 inches of standing water. This is runoff from melting snow. 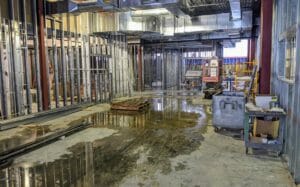 Working through these conditions, contractors are in the process of installing the amenities that will ventilate, heat or cool, insulate and power the new facility.

With the current Baxter Elementary building set to become an early childhood facility, the new school will be two stories and able to accommodate five sections of each grade and 625 students total. Under the $26.2 million project, each grade will have its own learning commons surrounded by five classrooms, and the building will include a full-sized gymnasium, a music room and an art/science/technology space built in conjunction with a media center.

Exterior plans around the new elementary school include clearing the section of Jasperwood Drive and Knollwood Drive between the south-central access and south access to the future school’s parcel, as well as creating two cul-de-sac style roads to ease traffic through the addition of a safe, non-vehicle traveled connection between the schools.

Much in line with myriad discussions during the referendum process, contractors noted Nisswa Elementary School is in the process of expansions to its gymnasium and classrooms to address long-standing issues of space limitations.

In particular, the site now has two gyms — the original and a new one in progress, which will be merged to form a new full-sized gymnasium with a full court, two practice courts, or an expanded area for badminton, for example. Classroom upgrades include two alternative classrooms, as well as a second-story classroom addition. 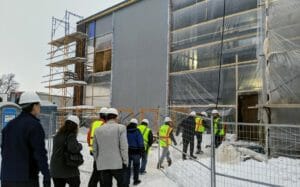 In the $12 million initiative, crews are working to remodel the southern end of the building, enlarge the cafeteria and remodel of the kitchen and office area. There will also be extra space for more classrooms to be added on in the future. Construction crews are working around the school environment, which means the foyer won’t be used with the installation of a new secure entrance, which will become the school’s main entrance with administrative offices.

District officials noted the facility looks to be nearly totally renovated by August 2020.