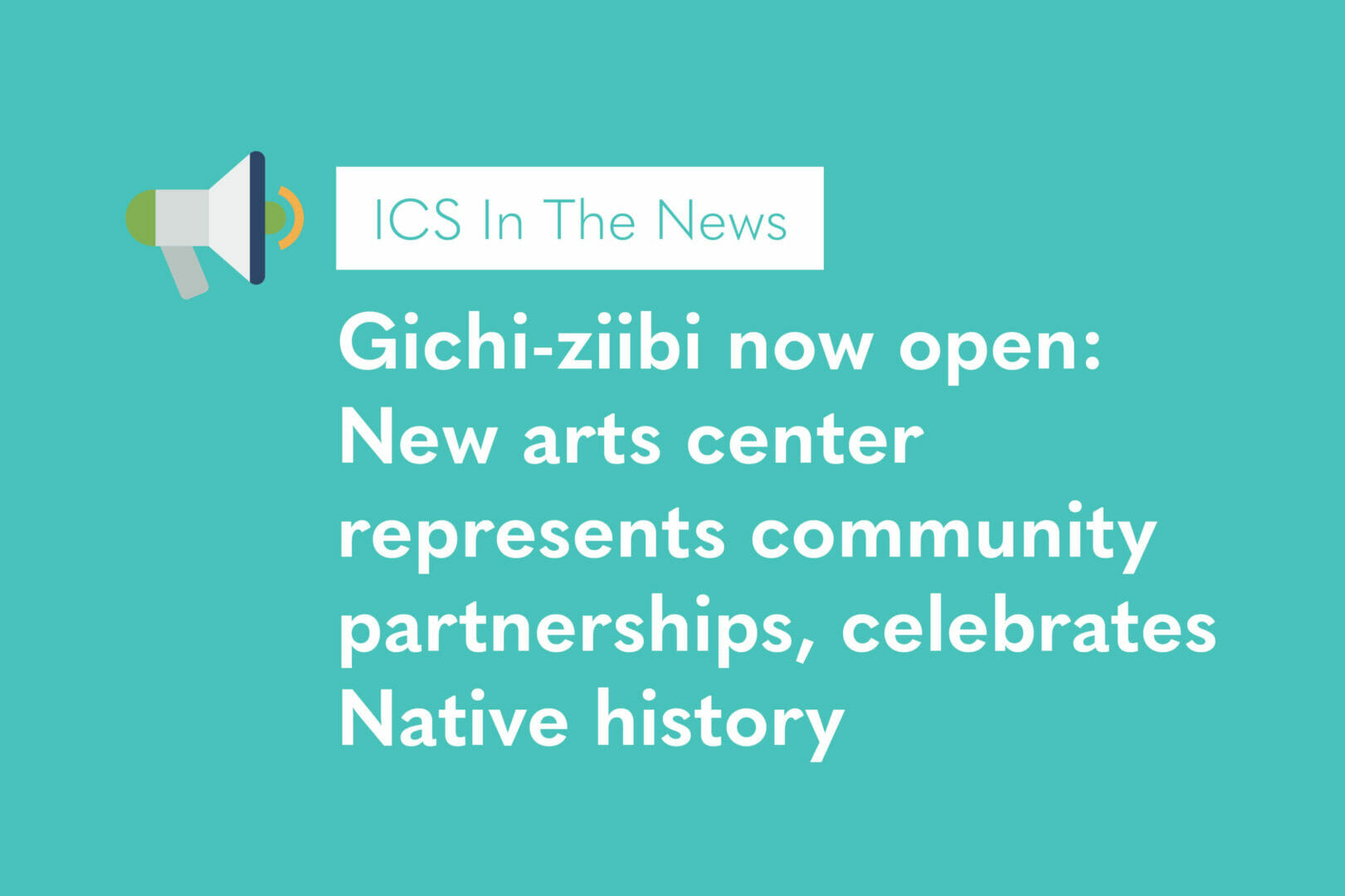 The Brainerd lakes community celebrated the opening of the school district’s Gichi-ziibi Center for the Arts Wednesday, May 26.

A cornerstone of cultural arts.

A beacon. A statement.

So many different phrases to describe one building, one center culminating from decades of imagination, hope, and hard work.

Excited speakers, grand music, and a euphoric atmosphere celebrated the grand opening of the Gichi-ziibi Center for the Arts Wednesday, May 26.

A state-of-the-art auditorium was in the original building plans when the high school was built in the 1960s, School Board Chair Bob Nystrom told the audience gathered in the new facility Wednesday. But funds were lacking. Future unsuccessful referendums pushed an auditorium further out of reach.

“I love this community with all my heart,” Nystrom said in his welcome speech. “Thank you to all the people who worked so hard to get this passed. That dream became a vision that took us 56 years, but we’re here proudly recognizing that vision.”

And it’s a vision that was brought to fruition by no one person but a whole community, according to Superintendent Laine Larson.

“I firmly believe that if anyone thinks that they can make any type of significant difference alone, it won’t happen,” Larson said Wednesday. “You need the right team at the right time working in partnership to accomplish greatness. Together, my friends, we have accomplished greatness.”

That greatness was apparent Wednesday evening, throughout the multitude of speakers and exuberant artistic performances.

“It’s moments like these when we feel the weight of history on us,” BHS band director Chris Fogderud said before introducing the high school’s wind symphony and symphonic bands, which performed a song written for the occasion.

Applause rang out through the large auditorium for the symphony musicians, orchestra members, a capella choir, jazz ensemble, windfall choir, and theater students as they gave audience members a taste of their artistry and a glimpse of all that is to come in the Gichi-ziibi’s future.

For students, the new facility means convenience, enhanced acoustics, and a larger stage — both literally and figuratively — to showcase their artistic accomplishments.

For local businesses, it means economic vitality and a strong future as those from all over the region flock to the new arts center. That’s why the Brainerd Lakes Chamber of Commerce supported the project from the start, Chamber President Matt Killian said.

“All this happened because we believed in our dreams, and we invested in ourselves because we’re worth it,” Killian said. “So congratulations to everyone that made this happen, and don’t forget to be Lakes Proud.”

For the local American Indian community, the new arts center and its name — translating to “big river” or “Mississippi River” in Ojibwe — means another step toward acknowledging the area’s Indigenous lands, history, and people.

“When we gather in this beautiful space, let us remember the Ojibwe people who stewarded the land … for generations,” said Susan Beaulieu, chair of the district’s American Indian Parent Advisory Committee and member of the Central Lakes College Humphrey Center Advisory Board.

It’s an important step in the history of the school district, where mischaracterizations of Native American people have taken place for years.

“Now we are providing an opportunity for our children and our children’s children to see themselves reflected in our school and for the larger community to recognize the Anishinaabe in this area, learning a bit more about our history and the value the water and Gichi-ziibi. This name empowers us to commit to continuing to learn more about each other and to build an inclusive Brainerd lakes area.”

Larson and Nystrom spoke on behalf of Sen. Carrie Ruud and Baxter Mayor Darrel Olson, who could not attend.

A special thanks went out to Dutch and Irma Cragun, owners of Cragun’s Resort and staunch supporters of the school district’s music programs throughout the years. They recently donated funds for a brand new, state-of-the-art concert piano for the arts center.

School board members took to the stage near the end of the program to ceremoniously cut a bright blue ribbon and celebrate the official opening of the Brainerd Public School’s Gichi-ziibi Center for the Arts.