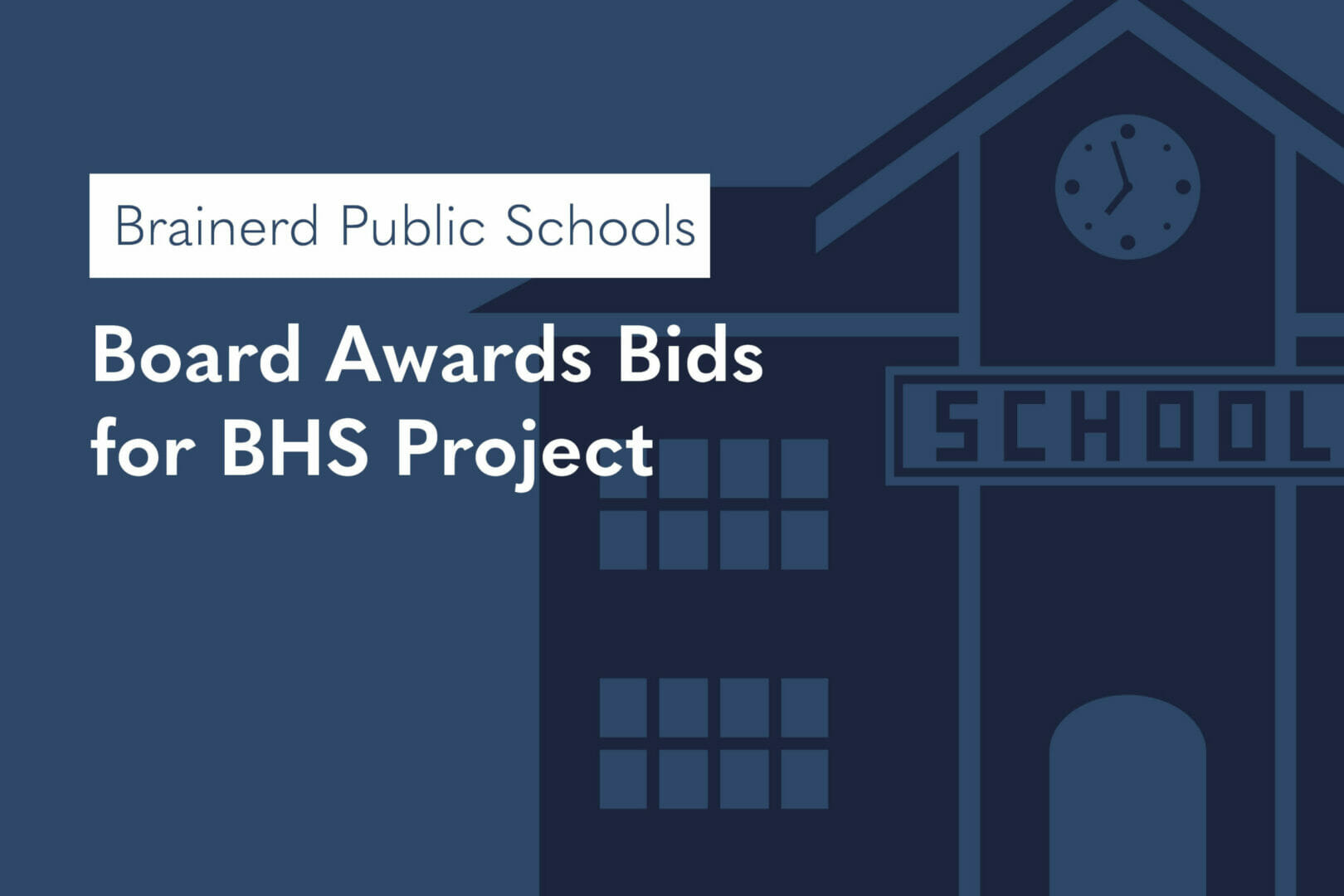 Construction bids for renovations to Brainerd High School came in under budget, meaning the district will be able to incorporate several add-ons into the project.

A total of 44 companies bid on various aspects of the project. The Brainerd School Board awarded bids to 15 firms during its Monday, July 15, school board meeting. Of those firms, 30% of them are within 60 miles of the Brainerd lakes area, according to Scott Whittemore, project manager with ICS Consulting.

Cost estimates drawn up earlier this year budgeted more than $68.6 million for construction costs on the Brainerd High School project, which includes the new 1,200-seat performing arts center to be built onto the school.

Because of the low bids, the district was able to add in some extra projects, which include a fully adhered roof, a studio stage, new lockers in the locker rooms and tuckpointing, which is a method using two contrasting colours of mortar in the mortar joints of brickwork — one color matching the bricks themselves — to give an artificial impression that very fine joints have been made.

“I’m just so excited that the bids came in low,” BHS Principal Andrea Rusk said Monday. “I’m thankful to our local contractors and companies that were so competitive.”

A groundbreaking ceremony will likely be scheduled for September, with the new high school and performing arts center expected to open in the fall of 2021.

At Forestview, foundations have been installed and backfilled, and now crews are working to install the structure for the new secure entrance vestibule. The entrance and a reconfigured parent pick-up/drop-off area at Forestview are scheduled to be completed before school starts this fall.

At the three elementary schools, crews are also working on installing and backfilling foundations, along with underground utilities. Waterproofing work is happening at Harrison, as the school has had water issues in the past, said Brandon Kellerman, senior project manager with ICS Consulting. The new foundations for the addition are waterproof, and crews are also installing waterproofing mechanisms on as much of the existing building as possible, Kellerman said.

Nisswa and Harrison will see remodeling along with new additions to create more space for students and staff. The new Baxter Elementary School — to be constructed on a new addition of Jasperwood Drive — will replace the current school of the same name, which will be converted into an early childhood center during the next wave of building projects.

The second wave of district projects includes updates and renovations to Lowell, Garfield, and Riverside elementary schools, along with the Baxter early childhood facility.

Kellerman said he plans to present preliminary designs for the four projects to the board at its meeting Aug. 12.