An Auditorium in Evansville? B-E School District Looking At Options 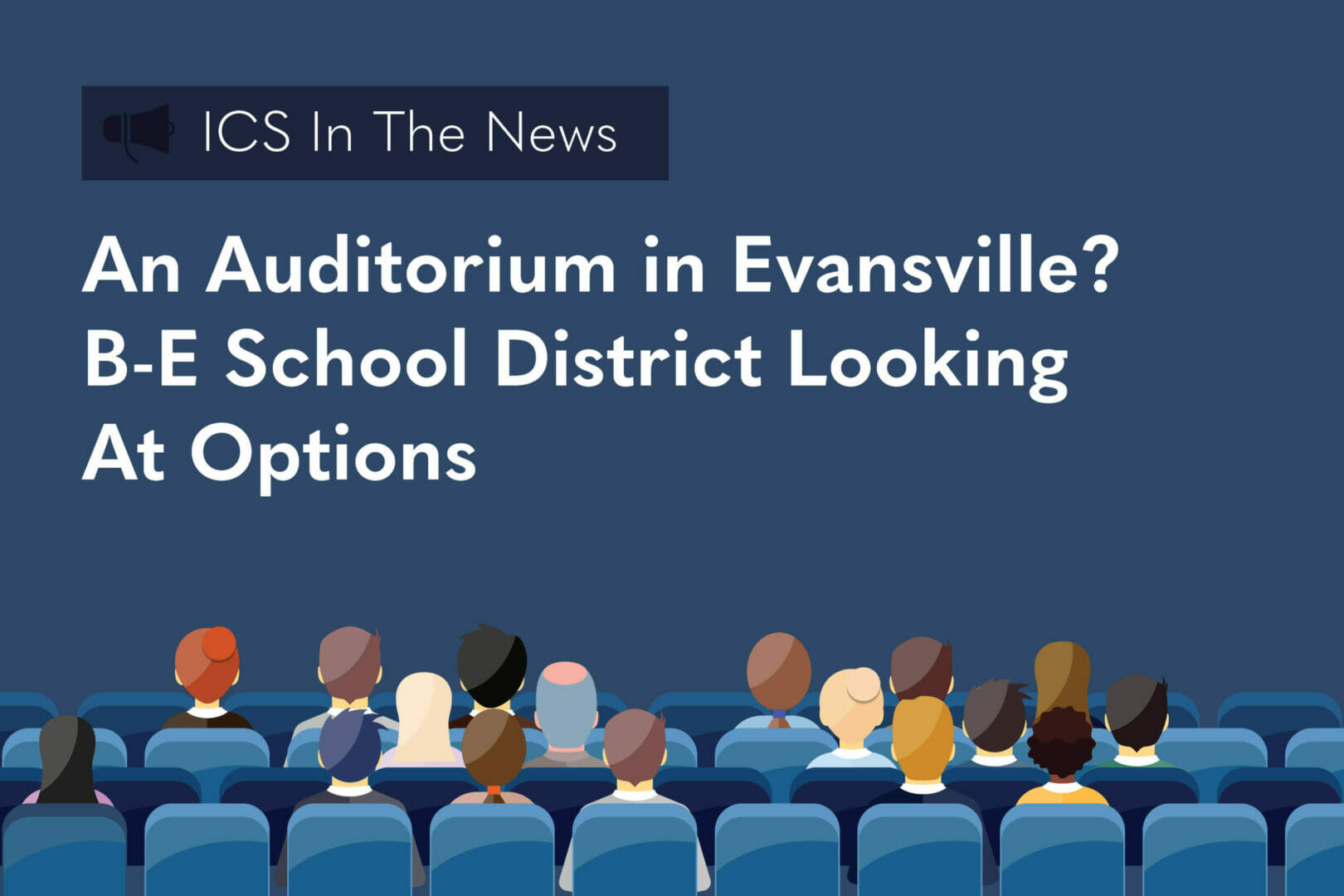 This article originally appeared in the Echo Press.

Emotions were in high gear at Wednesday night’s Brandon-Evansville School Board work session.

They surfaced when the question of keeping two schools or going to a one-school model was raised by Lori Christensen, who works for ICS Consulting, Inc., the firm hired by the district to help assess its facility issues and needs.

Committee members, as well as several district residents in attendance, voiced their concerns. Some were adamant that the district needs to have one school in Evansville and one school in Brandon. By having a school in each community, each town would have a better chance of thriving and surviving. Those who live in Evansville said they would lose their town if a school wasn’t in it.

The work session took place for several reasons, including trying to decide which of three options that are on the table the committee wants to bring to the school board.

Option A: Prekindergarten-grade 5 in Brandon, grades 6-12 in Evansville and an optional gym. Total cost is $31.4 million without the gym and $36.5 million with the gym.

Additionally, the committee reviewed the long-range planning process and results of past activities, including input from staff and residents.

Superintendent Don Peschel stated there is an urgency to all of this because the school district has some serious needs.

“The HVAC system is failing; it has run its course,” he said. “But it’s not just the HVAC. There are other issues as well. We need to address these facility issues.”

Peschel said he was not going to point fingers or blame anyone for the issues with the deteriorating buildings, but said something has to happen before it gets too bad.

“The expense (of fixing everything) would not leave us in good shape,” he said. “That makes me nervous. I don’t know how to be more direct. With where we are at today, I am concerned.”

During the discussion – which at times got a little heated – regular enrollment and open enrollment were talked about. Peschel said the district does lose some students, but it also gains students. Regardless, enrollment as a whole is increasing and he said, “That’s exciting folks. That excites me.”

An auditorium in Evansville?

One topic that took up plenty of time during the two-and-a-half-hour meeting was incorporating an auditorium into the plans.

Some people thought it was a great idea, while others were vehemently against it.

It was discussed that the Evansville building could be used for the auditorium – whether the 1917 portion was torn down and a brand new auditorium would be built in its place or it was incorporated into the 1954 portion.

Committee members discussed the option of going with the less expensive Option E, which is basically Option C with some corners cut, and then adding an option for an auditorium.

Christensen was tasked to bring information back to the next work session on how an auditorium could be added and what the costs would be.

Todd Rapp from Rapp Strategies was at the meeting to discuss election date and communication strategies. However, he didn’t get to all his agenda items because of the discussion that took place.

Rapp instead offered his thoughts to the group during the emotionally-charged discussion.

His first piece of advice was to get something on the ballot.

Rapp said the district could give residents the option of voting for the one-school option or the two-school option. A third option would be to have a two-question ballot that includes both options.

Dave Bergeron, who is also with ICS Consulting, said no one really knows what the right thing to do is, but that the school district and even more so, the community, needs some kind of closure so that the healing can begin.

In his career, Bergeron said he has worked with numerous districts and that this has been one of the most complicated and emotional things ICS has ever been involved with.

“This is not going to be painless,” Bergeron told the group. “There is no easy decision.”

Rapp agreed and said that there has to be a vote and the district has to get an answer in order for the community to heal.

Rapp also instructed the school board to come up with some kind of plan and to have a statement ready if the referendum doesn’t pass.

School board Chairman David Anderson stated if a referendum of some kind doesn’t pass, “I am going to vote to dissolve the district because I’m not going to watch this ship go down.”

No one commented on his statement.

The next school board work session is set for Monday, July 15, at 6 p.m. The regular school board meeting will take place on the same day at 7:30 p.m.