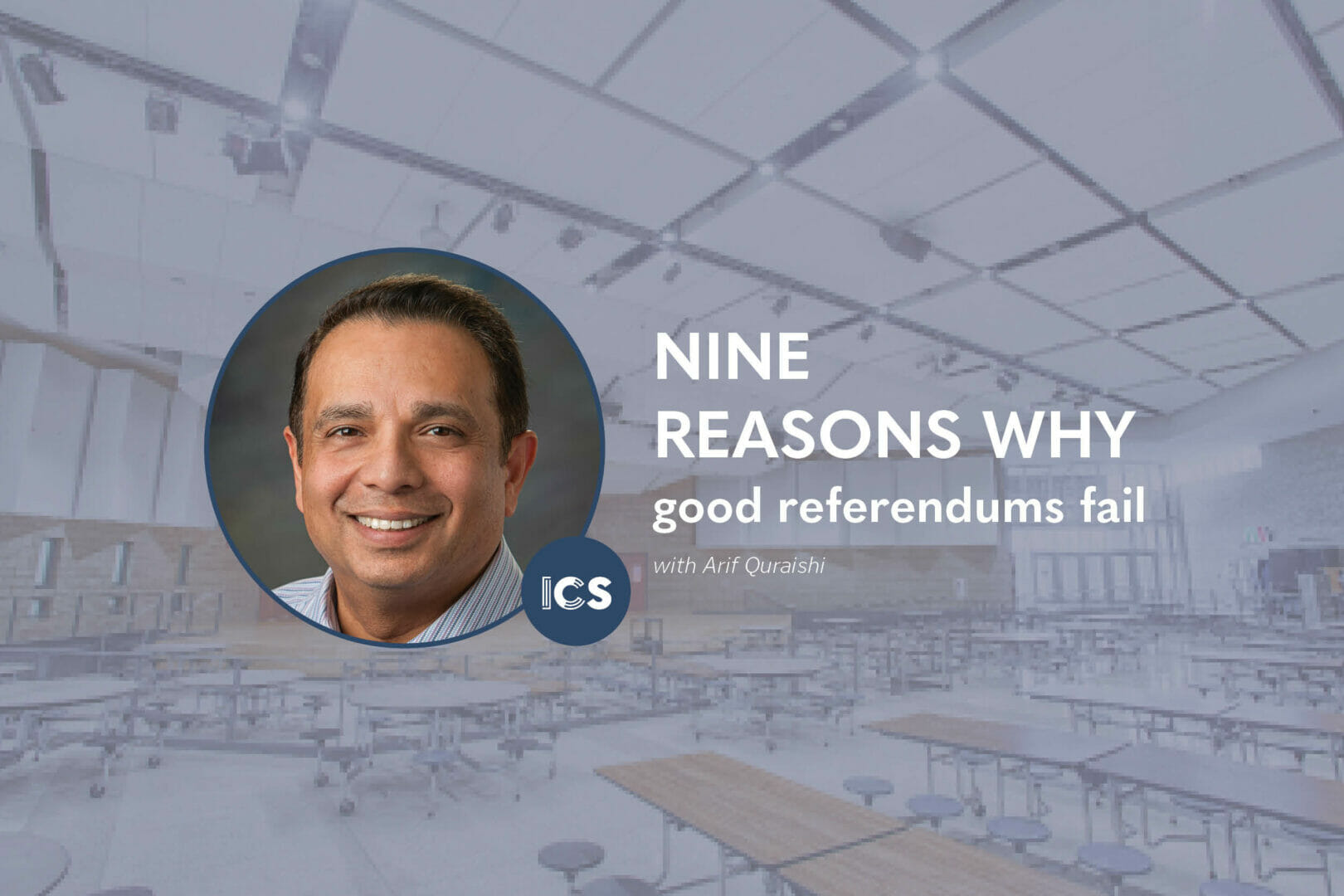 During the spring of 2017, Minnesota school districts saw some of the worst results in 17 years. Only four bond referendums passed out of 16, a 25 percent win rate. Traditionally, the success rate is closer to 60 percent.

Based on these results and ongoing challenges in funding public schools we have to be brutally honest and assess, but also adjust, the strategies that are activated to ensure a higher rate of success.

Over the last 10 years, we’ve seen a concern among the public regarding the ongoing barrage of tax increases. This has had a negative impact on school districts’ success in passing bond referendums, whether the bond referendums are related to facilities, operating levies, or any types of non-voter-approved tax increases.

There is an anti-tax mentality, which is understandable. In general, the public is concerned the government sector is not fiscally responsible.

This is even more apparent in agricultural-rich areas, as owners of agricultural land end up bearing a bigger burden of the tax increases. 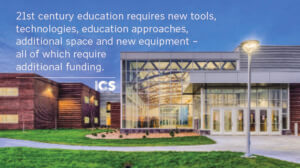 On the other hand, some districts struggle with open enrollment. The people who live in the district are the ones that pay for these students coming from outside. But there’s also a benefit because as students open enroll from surrounding districts, they bring funding with them, which means smaller districts can provide more programming, more activities, and broader learning opportunities.

A Couple Principles of Referendums

First, an operating or building referendum needs to be about real needs for your school today and into the future. If you succeed in passing a referendum, this demonstrates that your community understands and supports what it takes to be a high-performing school district. And if it fails, you’ve not done a good enough job of communicating the district’s needs and vision to the public.

The second key principle is that school districts today have an obligation to their stakeholders to communicate when they are proposing a tax increase, whether through operating or building referendum.

The third principle is that our system is built on checks and balances and requires voter approval. We could argue that the system is not fair, but we must work within the framework that has been established.

So, let’s learn from failure and discuss the key reasons why referendums fail and some ideas to ensure success. 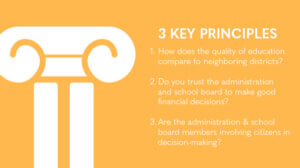 #1 – Residents Don’t Trust the Administration and School Board

The number one reason comes down to trust. It cannot be gained overnight, it has to be an ongoing process built over time. If the only time you’re communicating and engaging with the residents is when you’re planning for a referendum, you won’t be successful.

In addition, you must engage the entire spectrum of your audience, early in the process, rather than only focusing on one or two groups. This means dividing up your population into multiple categories from the senior citizens, to people who have kids in school, young professionals, the agriculture community, church groups, and any other influential groups. 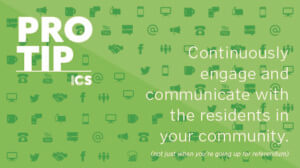 Typically, referendum proposals are created in a bubble – the administration or a few of the leaders in the community – and that is not a good thing.

You need to reach out to a much broader audience to truly listen and adjust your plan based on feedback.

You need a process to select the best, community-centered plan for your district. Open it up to the community, make it a grassroots movement where the community is helping develop the plan. This way, you already have advocates for it as it’s being developed. 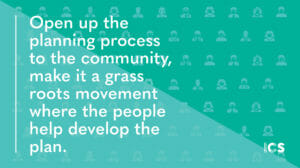 Price always has an impact, can’t forget that one. Every community is different, and we have to be able to evaluate what price point makes sense.

It’s much more than infrastructure, technology, educational needs – it’s about the overall impact on the community-at-large.

Also, you need a consistent set of talking points. The messaging should be around how the plan benefits each individual group. The administration, the board, the staff, the parents, the vote-yes committee – they all need to have a consistent message to the community.

It creates understanding and avoids confusion. 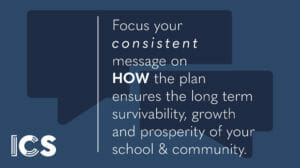 #5 – The Public’s Questions Are Left Unanswered

#6 – Board Members and Teachers Aren’t Visible.

Board members and teachers are the ones who need to be out explaining the referendum. They need to actively engage with people and demonstrate the value of the plan. These are people whom the community trusts. Remember that board members are elected – so the public said, “I trust you, I’m going to put you in that position.” Also, teachers are one of the groups within school districts that are most valued by the community. If teachers are positive and make themselves visible in the community about the project, you’ll have a successful referendum.

You need to go to the people. It’s hard nowadays because parents don’t have time, community members don’t have time, everybody’s busy. But you can’t just set up an auditorium and ask people to show up and provide them with information.

You need a multi-pronged communications strategy that is education- and community-based. Go to churches, different associations, the chamber, to the YMCA – wherever these audiences are, go to them rather than expecting them to come to you. 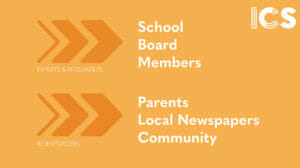 These are great tools to provide two-way communication opportunities, but there needs to be a process set up. Social media has to be strategically managed.

In addition to that, we recommend setting up a separate website containing all the detailed, transparent information on how the plan was developed, what’s in the plan, who was involved, a way to answer questions.

#7 – Most of the Discussion Is About Taxes, Not Our Kids, Education or the Community

If you start focusing only on the financial piece, and not talk about the benefits and the value it brings to the children and to the community, then you’re not going to be successful.

In most referendums, the district cannot advocate for a positive vote. So local communities will establish their own vote-yes committees. The vote-yes committee must work hard to find the right voters and provide the right value proposition in front of the community in order to be successful.

#9 – BONUS: Be Cognizant of Vote-No Groups and Their Strategies

There is a formula that has been successfully developed by vote-no groups to help defeat referendums. It’s a pretty simple plan: anti-tax, government mistrust, hope for a better plan. And if they get more than 50 percent of the public to believe it, the referendum will fail.

So how do they do it?

The first thing they’ll do is get a small group of people organized around a simple message: no new taxes, we don’t need to increase taxes, this is crazy, we’re already overly taxed.

If the district can quickly answer their questions and get back on topic, then the vote-no group will move to their next phase – they start handing out flyers to the public. These flyers will have such as, “it’s not the right time right now,” “we don’t need to rush into this project,” “let’s slow it down” or “we need to look at this in multiple ways.” They’re trying to figure out a way to slow the process down and create confusion. They know that any time there is confusion there’s a higher of a failed referendum.

Next, they’ll focus on district leadership. They’ll go after the board, the superintendents and start a campaign around messages such as “these people are not to be trusted,” or “look what they did three years ago.” They start coming up with old, and usually inaccurate, information to try and create mistrust in the community.

Their last phase will focus on cost with messages such as “Wait for a second, the dollar amount on this plan is just too high.” At this point, they’re not even talking about taxes, they’re just saying that whatever you’ve proposed is too big. They’ll tell people that “You know what, I’ve got an idea. Let’s slow this down, we’ll develop a better plan tomorrow, we’ll get it out to you, let’s fail this referendum and we can move this forward.”

Vote-no committees have been successful in failing referendums all over the country. So be aware of them, and plan accordingly. 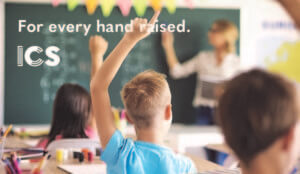 The good news is that after there was a significant step backward in the spring of 2017, a lot of the districts, especially those who work with us at ICS Consulting, leveraged their approach to the public and we saw an excellent fall referendum passing rate. In the Minneapolis/St. Paul metro area, almost a billion dollars in school levy and bond referendums were passed.

If you can implement our list, you’ve got the perfect formula for success, and a formula that will positively impact your community for the next 50 years.